FRIMA - From the press to the cloud

Do you have questions about one of our customer stories or specific use cases?

We look forward to receiving your message. We are personally available from Monday to Friday from 08:00 - 17:00 (CET).


Or use our customer service:

To the customer service 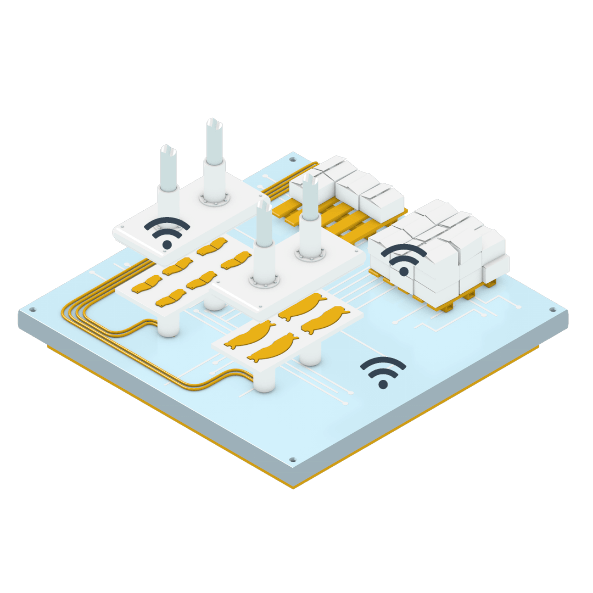 The brake pad specialist FRIMA utilises an unusual and individually developed concept to monitor its hot presses. In the machine PLCs, the current capacity is recorded by means of a self-programmed batch counter and transmitted to the cloud via the autosen io-key. Without a single sensor, correct functioning of the presses can thus be monitored in real time and production scheduling optimised.

No sensor, no IO-Link – no cloud application? Patrick Latschan, an industrial electrician at FRIMA, FRIction MAterial Reibbelag GmbH, proves the opposite. He has added an IO-Link module to the autosen io-key to create a high-performance gateway for transmitting PLC data from currently five hot presses. The concept was developed together with Factory Manager Sören Miossec, who came across the io-key while searching for an alternative to local data loggers: "A simple, pragmatic solution which we had to adapt to our purposes, but which allows us to retrieve data from several machines with just one device."

For the production experts, the exact number of pieces produced in the presses is a key indicator for capacity utilisation and machine efficiency. Based on this information, they can make predictions for order and production scheduling, recognise target/actual deviations in good time and take appropriate countermeasures. Under real operating conditions, however, capturing real-time data is somewhat difficult. Not every pressing operation is completed and the number additionally varies according to the moulds used alternately for four or six linings per run. The number of pressing operations, therefore, correlates only conditionally with the quantity of end products. The obvious solution of installing an inductive sensor in each machine was also ruled out due to the actual production process – the need for manual intervention is too great when filling and removing products. A new approach was needed.

The heart of all brakes

FRIMA has been producing brake and clutch linings for industrial applications in countless shapes, sizes and materials for over 20 years. As a full-range manufacturer, the company covers the entire production process; from the compounding of the individual raw materials and shaping right up to the finished and packed friction linings. FRIMA products – which according to the company slogan are "the heart of your brake" – are found wherever linings are needed: In drum and disc brakes, in trucks, trailers and machines around the globe … and even further a field. "Our linings are also in use in outer space," says the Plant Manager. Much more down-to-earth, but no less spectacular, is their use in the Olympic Looping, the world's largest transportable roller coaster boasting no less than five loops.

It took Sören Miossec and his team several trial runs until the final solution was found. A new, tamper-proof counter was programmed into the PLC. This only records the actually completed pressing operations, links these with information about the moulds used and then calculates the number of pieces. Currently, seven machines are equipped with the counter; in the final expansion stage, the company plans to equip all eleven of its machines. Each PLC is connected via a cable to the IO-Link splitter of a third-party supplier. This can be used to connect a maximum of eight data sources to the autosen io-key. The data is transmitted every ten seconds and displayed in parallel on the same dashboard. This is normally generated automatically, for example to display the values of temperature sensors or level sensors. For the value "number of pieces", some individual adaptations were also necessary and Patrick Latschan was able to implement these quickly in close cooperation with the autosen experts – "real sparring partners; the recommendation of which IO-Link module fits best to our requirements also came from autosen."

It is now planned to roll out the solution for all the presses. In addition, further projects have already been initiated in which the io-key can make even better use of its capabilities, such as automatic sensor detection via IO-Link. Among other things, monitoring of the presses via vibration sensors enables operating conditions to be recorded and faults and signs of wear to be detected at a very early stage.

„With the io-key we have found a simple, pragmatic solution [...] which allows us to retrieve data from several machines with just one device.“

Our online shop uses cookies to help us improve our offer and provide our customers with the best possible service. By clicking "Accept", you agree to our cookie policy.

Cookies for tools that collect anonymous data about website usage and functionality. We use the insights to improve our products, services and user experience.

Cookies for anonymous information that we collect to recommend useful products and service to you.

Cookies for tools that enable essential services and functions. This option cannot be declined.